Proposals will be accepted that meet the criteria outlined below and address the following topic area: Children with Incarcerated Parents in Connecticut. For more information about the topic, and the Initiative, please click here. To see Questions and Answer section related to this Grant Opportunity please click here.

CCSU Communication Professor Rati Kumar and ParaDYM, a community based non-profit organization that provides after-school and out-of school trainings and programs centered on youth voice, developed a CIP led media-based intervention about the stigma and potential health issues faced by CIP. This will result in a change in knowledge and attitude measures of both the community members and CIPs themselves in the cities of New Britain, Hartford, and Bridgeport, CT.

CCSU Business Class
Professor Olga Petkova’s “Project Management for Business” (MIS300) class at CCSU is designing templates for a youth with incarcerated parents website as well as a redesign of the current CIP website. The final products will be revealed mid-December and if appealing and feasible to implement and operate, then integrated into the current CIP website and launched. The CIP Initiative’s intent with establishing a youth website is to provide a means for youth to ask questions in a safe environment and help youth realize that parental incarceration is an experience that they share with many others. 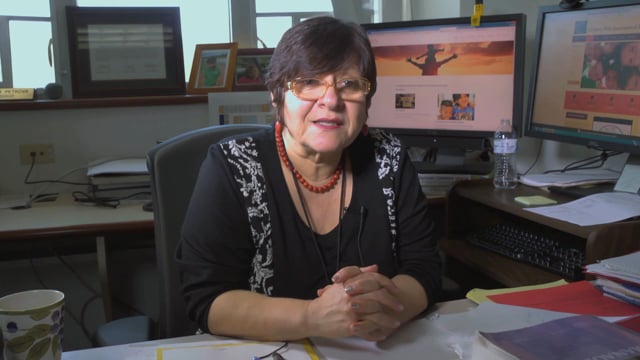 CCSU Teacher Education, English & Art Education
During the spring of 2010, a unique collaboration took place between CCSU and pre-kindergarten through 8th grade students at the Dr. James H. Naylor/CCSU Professional Development School in Hartford. With the assistance of CCSU’s Department of Teacher Education’s Karen Riem and CCSU professors Mary Collins of the English Department and Jerry Butler of Art Education, students from both CCSU and Naylor School had the opportunity to work together on creating an artistic product. Seventh and 8th grade students at the Dr. James H. Naylor School worked closely with the two classes at CCSU to write letters, poems, and short stories. Professor Collins’ Advanced Creative Nonfiction class read and edited the children’s work creating a 103 page magazine that was published as part of the CCSU literary journal The Helix and distributed to all public libraries in the state. Professor Butler and his art education students worked with children whose parents were incarcerated on a mural project. His class met regularly with the children to design a narrative theme for the mural based on the children’s writings. This mural continues to hang in the main grand entranceway of the school.

This intervention, although brief, has provided a unique opportunity to learn a lot about the CIP population in the West Rock neighborhood.

CCSU, Teacher Education
During the Spring of 2012, “Echoes from a Child’s Soul” engaged pre-service teacher candidates in elementary and art education from four CCSU courses with artists and fifth grade children from two New Britain elementary schools that have, according to the principals, a significant population of children with incarcerated parents. Mask making, movement, and mural workshops were held during the regular school day as well as afterschool. Workshops on mask making, movement, murals, and creative writing for fifth grade children and CCSU students were designed to explore self-portraits, personal voice, and sense of self. One of the goals of this project was to provide an aesthetic vehicle, such as the mask, with which children and CCSU students may investigate the concept of unmasking to visualize and project their voices, memories, and feelings. Symbolic messages utilizing masks, dance, poetry, and murals were documented, exhibited, and presented during a final performance for the community. The final performance was held in CCSU’s Welte Auditorium for the fourth and fifth grade children from the two New Britain public schools. Additionally, this community engagement project helped prepare teacher candidates to develop competencies in cultural relevancy, interdisciplinary arts curriculum for children, and eco-justice methodology to address social eco-justice issues on local levels.

PRODUCTION IN THE COMMUNITY

CCSU, Communications
In the spring of 2009, the Production in the Community pilot commenced. CCSU students worked closely with Hartford at-risk youth through a filmmaking/mentorship curriculum. Structured as a 495 (Special Topics) course, this collaboration utilized CCSU’s advanced production students as trained and supervised one-on-one mentors to meet the objectives below:

Since the success of the pilot was realized, the IMRP and CCSU’s Department of Communication, through Professor Jeffrey B. Teitler, formed a more long-term relationship. This partnership provided CCSU students the opportunity for longer-term community engagement, skills enhancement, mentorship, and student employment. Production students have produced a number of unique films demonstrating the experiences of children of incarcerated parents. The film creation process has also provided the film students with an introduction into the issues related to parental incarceration, and employment as the IMRP has been able to hire several CCSU Production graduates as permanent part-time employees.